Americans score up to $2,000 monthly checks for next three years from $2.6million pot – see who is eligible

SELECTED Oregon residents will receive up to $2,000 a month for three years thanks to a new universal basic income (UBI) program.

The Black Resilience Fund is a program of the nonprofit organization Brown Hope that promotes resilience and healing for residents of Black Multnomah County.

Since the program is community-funded, the number of participants is directly correlated with the money raised for the fund.

The selection process was based on responses and selected interviews during the application process. 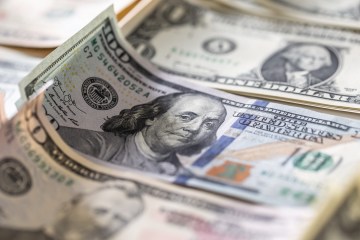 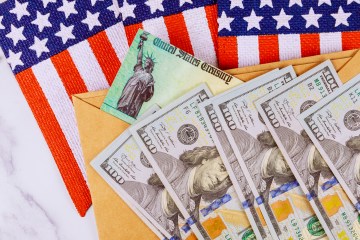 According to The Black Resilience Fund, to be eligible you must:

Certain communities did take precedence, however, as 30 to 40 percent of the selected participants were formerly incarcerated, single parents, minimum and low wage workers, or foster care alumni.

According to the website, this three-tier threshold was created specifically to help families combat rising childcare costs.

The thresholds are as follows:

The payments are aimed at transgender residents and will be worth $1,200 per month.

They go out for a year and a half.

To be eligible, you must identify as transgender, non-binary, intersex, or gender non-conforming.

They must also be earning less than $600 per month at the time of their application, which can be submitted online.

In Cook County, Illinois, the first payment of $500 per month will be made next week on Thursday, Dec. 15, local news outlet WTTW reports.

And Chelsea, Massachusetts could launch the second phase of its $400-per-month guaranteed income program the week of Dec. 18.

This time, however, the payments only go out for a few months to help with high utility bills and inflation.

To qualify, you need to earn less than 30% of Area Median Income, which is the same as the previous round, Chelsea city manager Tom Ambrosino told The Sun.

The Sun revealed that even more Americans will receive monthly payments between $600 and $1,000.

Plus an update on a possible fourth stimulus check.

U.S. airports rumble back to life after FAA computer outage

Biden’s climate agenda has a problem: Not enough workers

The effort to soften or repeal two reductions in...

WASHINGTON (AP) — The volume of classified documents is...

U.S. airports rumble back to life after FAA computer outage

The effort to soften or repeal two reductions in...

WASHINGTON (AP) — The volume of classified documents is...