Backstreet Boys star AJ McLean says the band “fully supports” Nick Carter after he was accused of sexually assaulting a disabled woman in 2001.

Shannon “Shay” Ruth, 39, who has autism and cerebral palsy, claims the singer, 42, invited her onto his tour bus when she was 17 after a band concert in Tacoma, Washington in February 2001, before raping her. Carter denies the allegations.

McLean, 44, who recently performed with the band at the Z100 iHeartRadio Jingle Ball in New York City, told TMZ the band “couldn’t be more solid” in the wake of the lawsuit.

Right there for him: Backstreet Boys star AJ McLean says the band ‘completely supports’ Nick Carter after he was accused of sexually assaulting a disabled woman in 2001 (pictured together 2005)

He said, “We’re all behind Nick and we fully support him. He’s doing it the best he can

‘[The band] couldn’t be stronger.

The interview comes days after Ruth announced her lawsuit against Carter on Dec. 8.

Ruth claims the star pulled down his pants and exposed himself to her in a bathroom after a concert – before allegedly forcing her to perform oral sex on him and then raping her. 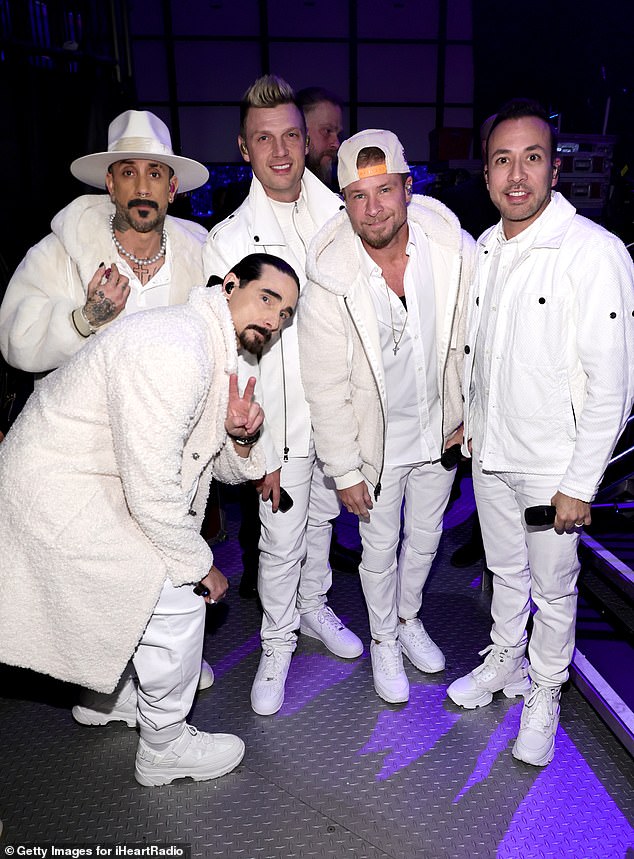 Support: McLean, 44, who recently performed with the band at the Z100 iHeartRadio Jingle Ball told TMZ the band “couldn’t be more solid” in the wake of the lawsuit (Carter and McLean pictured with Kevin Richardson, Brian Littrell and Howie by last week)

She described the “pain, confusion, frustration, embarrassment and self-harm” caused by the alleged incident and claimed that Carter “threatened and tried to silence” her in the immediate aftermath.

Ruth’s attorney Mark J. Boskovich said three other women — named only as Jane Doe — are named along with her in a joint lawsuit.

According to court documents obtained by TMZ, Ruth claims she was invited on the bus and Carter asked if she wanted a drink — after asking for apple juice, she claimed he offered her cranberry and gave her a “red colored” drink that he called ‘VIP’. juice’.

Ruth claims the drink tasted “yucky” when she drank it and says she believes it was a mix of cranberry juice and alcohol.

Ruth claimed that Carter took her to the bus bathroom and ordered her to perform oral sex on him. She claims she cried the entire time, but Carter “continued to instruct her.” 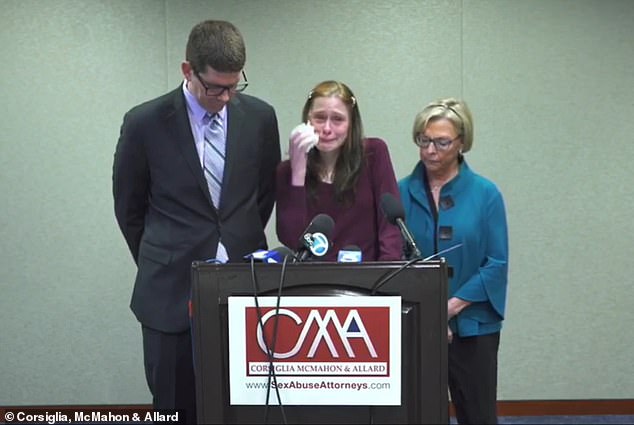 Lawsuit: Shannon Ruth (pictured center) – claims Carter raped her on a tour bus in 2001 when she was 17 years old – she is seen at a press conference on Thursday announcing her lawsuit against the star – Carter denies all allegations

And she goes on to claim that Carter then took her to a bed on the bus and continued his alleged assault.

She claims in retrospect that she told Carter she would tell people about the alleged attack – but that he allegedly threatened to turn people against her and allegedly called her a “r ******* little bastard” that no one would do. to believe’.

She said: “The past 21 years have been filled with pain, confusion, frustration, shame and self-harm that are a direct result of Nick Carter raping me.

“Even though I am autistic and living with cerebral palsy, I believe nothing has touched me more or had a more lasting impact on my life than what Nick Carter did and said to me.

She claimed, “After he raped me, I remember him calling me a ******* little bastard and grabbing me and leaving bruises on my arm.

She added, “Carter tried to scare me into silence…he was mean and threatening.”

“He told people he would turn people against me and because he was Nick Carter, he had the power to destroy my life.”

She said she was motivated to speak out to “stop” Carterassault more teenagers and women.” 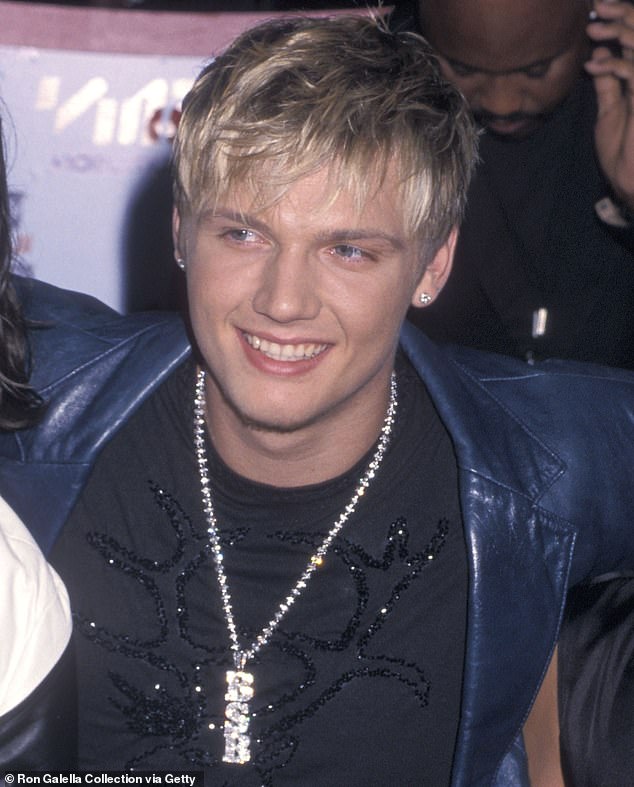 Ruth claims she contracted a sexually transmitted infection, human papillomavirus infection (HPV) from the alleged attack, having previously been a virgin.

She is now claiming compensation.

She said, “Just because Nick Carter is a celebrity doesn’t mean he’s exempt from his crimes. I am a survivor and always will be.’

He added, “Shay is determined to bring Carter to justice. She thinks it’s worth protecting other women.’

Following the allegations, the Backstreet Boys Christmas special that was filmed this month in Los Angeles has been canceled, according to Variety.

A source close to Carter has denied the allegations, telling TMZ, “This accusation is categorically false, Nick is focusing on his family and mourning the death of his brother.”

Carter’s younger brother Aaron Carter was found dead in his bathtub in Lancaster, California on November 5 at the age of 34.

No cause of death has been officially declared, but he was known to struggle with mental health issues and addictions.

Carter’s attorney Michael Holtz called the allegations “completely untrue” in a statement to DailyMail.com on Thursday. 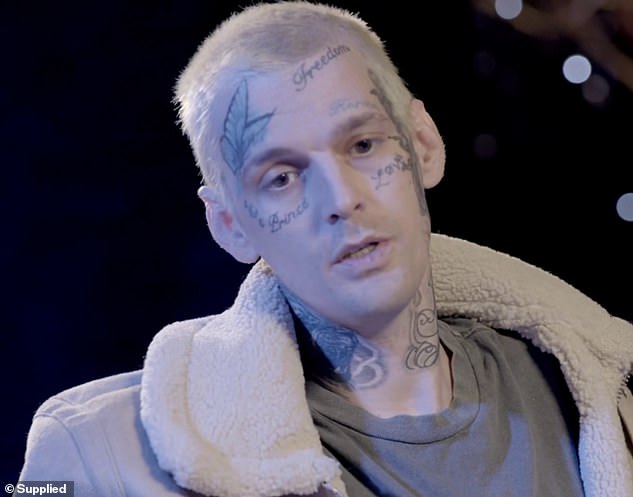 RIP: Nick’s brother Aaron Carter was found dead at age 34 in his bathtub in Lancaster, California on Nov. 5 (pictured in his latest interview)

“This claim about an incident that supposedly took place more than 20 years ago is not only legally worthless, but completely false,” he said.

Mr Holtz said: ‘Unfortunately, Mrs Ruth has been manipulated into making false allegations about Nick for several years now – and those allegations have changed repeatedly and materially over time.’

He added: “No one should be fooled by a press stunt orchestrated by an opportunistic lawyer – there is nothing wrong with this claim at all, and we have no doubt the courts will soon realise.”

Carter has personally kept quiet about the allegations – but shared a post on Thursday promoting a charity concert for Aaron – hours before the claims came to light.

Carter has previously faced rape allegations – which he has denied – he has never been charged with any crime.

In 2017, singer Melissa Schuman said that the boy bander would have raped her in 2003.

In 2018, the LA County District Attorney’s office announced it would not press charges against Carter due to the statute of limitations, which expired in 2013.

Melissa, who hails from the 1990s girl group Dream, had filed a police report in February of that year.

She alleged that Nick shoved her into a bathroom for forced oral sex in 2003 and then claimed she was raped in the bedroom.

The Backstreet Boys star later said in a statement that she was “shocked and saddened” by the allegations.

He said, “Melissa never said anything to me while we were together or at any time because everything we did wasn’t consensual.”

Nick added that he was “always respectful and supportive of Melissa, both personally and professionally.”

He concluded in the statement that “this is the first time I am hearing about these allegations almost two decades later. It is against my nature and against everything I hold dear to intentionally cause discomfort or harm to anyone.”

He continued, noting that they were going to “record a song and perform together.”

Melissa originally made the allegations in a blog post back in November.

She claimed she was “coerced into an act against my will” by Nick, who allegedly deflowered her when she was 18 and he was 22. 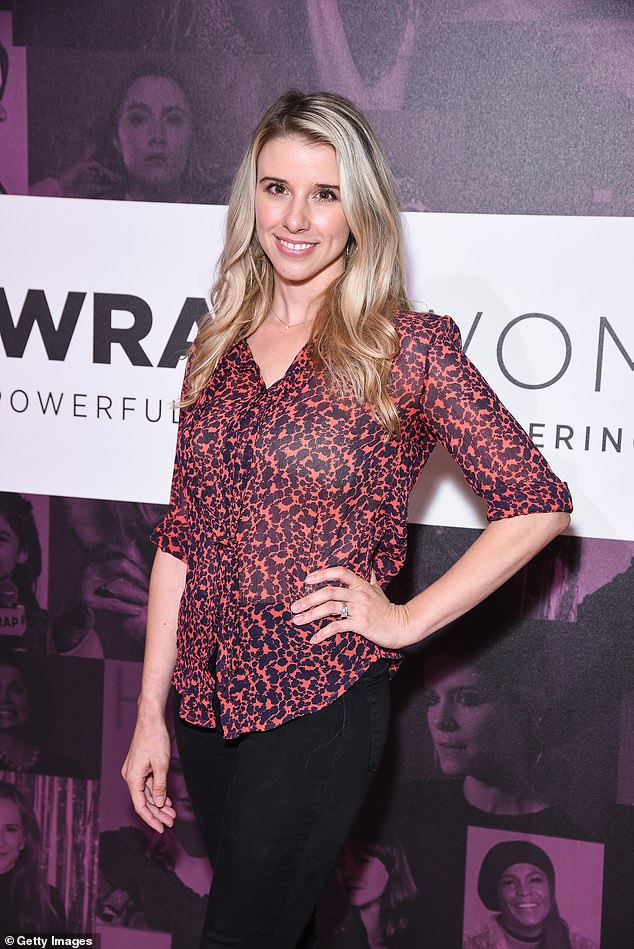 Previous claim: In 2017, singer Melissa Schuman accused Nick of raping her in 2003 – he denied the claims and has never been charged with any crimes (pictured 2018)

Previous articleHere’s what we know, and what we don’t, about the damaged Soyuz spacecraft
Next articleHow many people don’t have bank accounts? | Opinion

Bonds and equities may return to their usual relationship,...

David Crosby, a rock icon who rose to fame...

Bonds and equities may return to their usual relationship,...

David Crosby, a rock icon who rose to fame...