Jay Leno is on the mend.

The former “Tonight Show” host, 72, was released from hospital on Monday and looked happy and healthy as he posed for a photo with staff at the Grossman Burn Center after recovering from “severe” burns.

“After a 10-day stay at the facility, Jay will receive follow-up care at the Grossman Outpatient Burn Clinic for burns to his face, chest and hands sustained during a fire in his home garage,” doctors shared in a press release. .

“Jay wants to let everyone know how grateful he is for the care he has received and is very grateful for all the well wishes.

“He is looking forward to spending Thanksgiving with his family and friends and wishes everyone a happy holiday.”

Dr. Peter Grossman personally added that he was “pleased” with Leno’s progress and was “optimistic” that the comedian would make a full recovery.

The photo shows Leno’s facial scars near his jawline and on his neck. His left hand appears to be badly burned, while his right hand appears to be in better shape. In previously shared footage, Leno was seen lying in a hyperbaric chamber with his left arm bandaged up to his elbow.

Leno, pictured here before the accident, suffered third-degree burns while working on one of his classic cars. 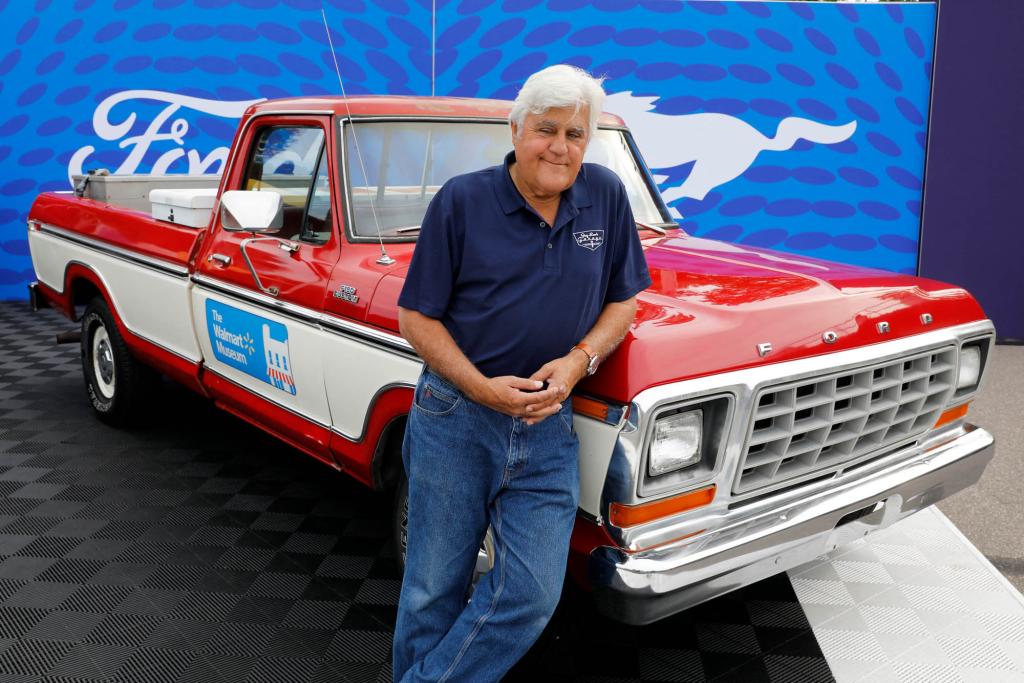 Leno, pictured here before the accident, suffered third-degree burns while working on one of his classic cars.

The ‘Kardashians’ star left a Los Angeles shoot with…

The host of “Jay Leno’s Garage” shared last week that he had been working on his 115-year-old car when a fuel leak and simultaneous spark in the 1907 White Steam Car caused an explosion.

“I’m fine,” Leno later said in a statement. “I only need a week or two to get back on my feet.”

Leno’s wife of 22 years, Mavis, was “deeply concerned” about her husband’s health, according to Dr. Grossman, and stayed by the comedian’s side during his hospitalization.