By Mansur Shaheen US Deputy Health Editor for Dailymail.Com

A research team has developed an oral tablet that can deliver insulin to the body without the use of needles.

Scientists at the University of British Columbia (UBC), in Canada, have developed a pill that delivers a full dose of insulin to a person’s liver. Previous attempts at oral insulin medication have been thwarted after large portions of doses end up in the stomach – where it has no value.

Many diabetics require multiple doses of insulin daily to control their condition. Currently, the standard method of administration is via small needle injections several times a day. This can be very uncomfortable and impractical and is more difficult than just taking a pill.

The Centers for Disease Control and Prevention reports that 37 million Americans — or more than one in ten — suffer from diabetes. It is the eighth leading cause of death in America, responsible for just over 100,000 deaths each year.

“These exciting results show that we are on the right track in developing an insulin formulation that no longer needs to be injected before every meal, improving the quality of life and mental health of more than nine million type 1 diabetics around the world.” improves. the world,” said Dr. Anubhav Pratap-Singh, an assistant professor of food processing at UBC and the study’s principal investigator, said in a statement.

The researchers developed a pull that uses a thin membrane called the oral mucosa, which is found in the inner cheek lining and in the back of a person’s lips.

This membrane provides a protective lining around the dose and allows it to pass through to its destination without losing any medication along the way.

Insulin is naturally produced in the pancreas and then travels to the liver where it helps process blood sugar.

A person with type 1 diabetes doesn’t produce enough insulin to control blood sugar — if at all. All type 1 diabetics require some type of insulin dosage to manage their condition.

Those with type 2 diabetes may also need insulin medication, as the amount of the substance their bodies naturally produce may not be enough to address their elevated blood sugar levels.

The standard injection of insulin in 100 International Units (IU) per injection.

Because a vast majority of it is lost during oral administration, previous attempts to develop an insulin pill had to carry around 500 IU to function properly.

This is extremely inefficient and could unnecessarily drive up the cost of pills – especially with the controversially expensive insulin that has become in countries like the United States.

There is also the issue of how quickly the serum is released. Injections work quickly and quickly give the body the insulin injection it needs.

It can often take two to four hours for tablets to release the dosage. The pill developed by the UBC team is fully released within 30 minutes to two hours. 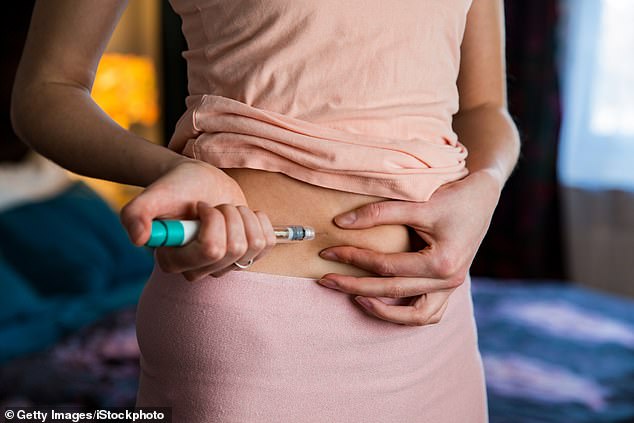 Insulin injections are used by many type 1 diabetics, and even some type 2 diabetics, to increase hormone levels and control their blood sugar levels.

“Like the rapid-acting insulin injection, our oral delivery tablet absorbs after half an hour and can take about two to four hours,” said Dr Alberto Baldelli, a senior fellow who took part in the study.

Researchers tested their newly developed pill on rats to see how they would flow through the body. The results of the trials were promising.

“Even after two hours of labor, we found no insulin in the stomachs of the rats we tested,” said Yigong Guo, lead author of the study and a PhD student at UBC.

“It was all in the liver and this is the ideal target for insulin — it’s really what we wanted to see.”

The American Diabetes Association says the current amount of available diabetes pills should only be used in supplemental insulin injections, for people who need extra help managing their condition.

These pills are also only recommended for type 2 diabetes, with no option for people with type 1.

The UBC team hopes its new invention can help close that gap for those whose pancreases don’t make enough insulin, and give them an easier option to get dosages.

As the Maryland football program gradually emerges from the...

Prominent Republicans are digging in on US support for...

As the Maryland football program gradually emerges from the...

Prominent Republicans are digging in on US support for...