Fans of TikTok star and vine legend Gabbie Hanna called the police for a wellness check after she posted more than a hundred videos crying, screaming and laughing, claiming that “God gave her the answers” to help the world.

The series of clips of Hanna, 31, who referred to herself online as “Trauma Queen,” worried her 7.4 million followers Wednesday — after she began posting videos outside of her daily Los Angeles “day in the life” content.

Hanna has been open with her followers about her mental health issues and ADHD diagnosis, while continuing to share videos with her fans on a daily basis since 2013 — but her recent streak has been a “cry for help.”

Fans were immediately concerned when newly uploaded videos flooded Hanna’s TikTok on Wednesday with the latest reading, “My house has just been broken into, please, please pray for me — just in case.”

Several of Hanna’s sporadic videos were about aliens, God, and how she “teleported to heaven, had a tantrum, [and] came back to save ‘souls’.’

She added: ‘I don’t care if you don’t believe me.’

TikTok star Gabbie Hanna’s boyfriend called the police for a wellness check after she posted a series of 100 videos on Wednesday as she cried, screamed and laughed 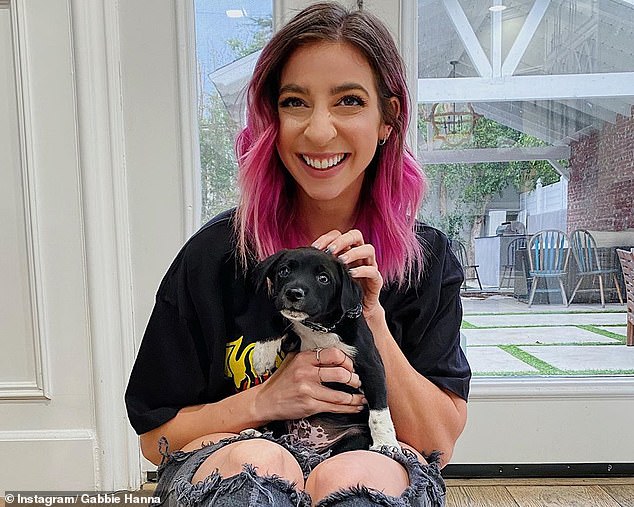 Hanna, who calls herself “Trauma Queen” online, left more than 7.4 million followers on Wednesday who were concerned about her mental health 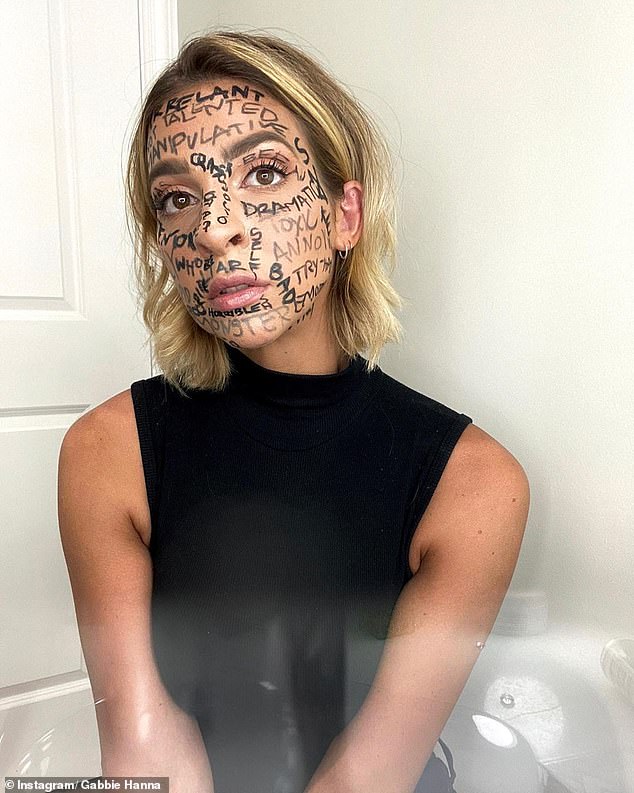 Hanna has been open with her followers about her mental health issues and diagnosis with ADHD since she became an influencer in 2013. Fans regarded her recent content as a ‘cry for help’

‘Gabie. I’m very sorry. This looks so tiring. I’m so scared of you. Really,” commented one fan.

Another added: ‘Someone has to help her!’

Fans speculated that the TikTok star was having a manic episode, especially when she let a young stranger, Nicolas, into her home and posted multiple photos with him.

‘Do you want to laugh your ass off? This is a stranger,” Hanna said in a video with Nicolas before calling him a bone as he poured her a glass of water.

Minutes later, videos posted claiming that the “Garden of Eden” was in the backyard and whether she should eat potentially “dangerous” berries — while the stranger cheered her on in the background.

Hanna later kicked him out of her house, claiming he lied and knew who she was as an influencer. 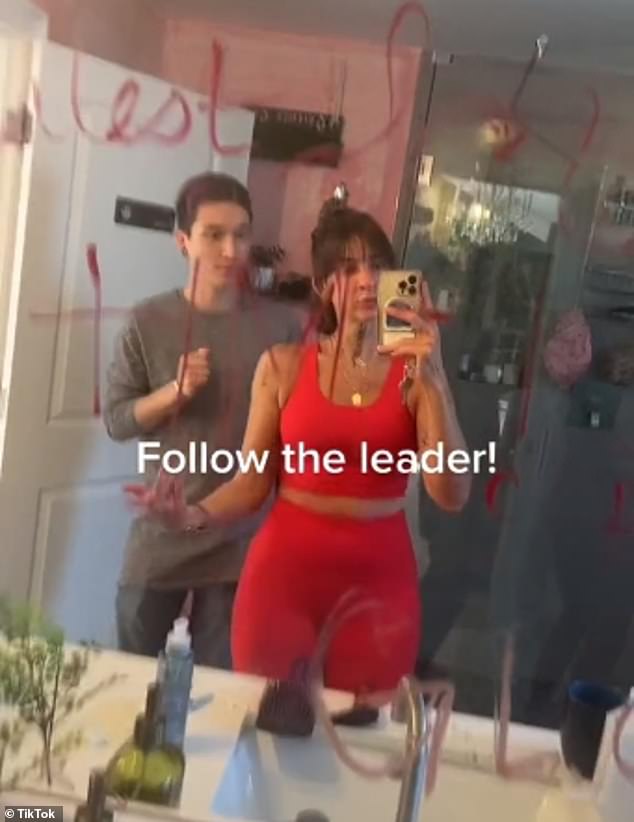 The TikTok star let a young stranger, Nicolas, into her home and posted multiple photos with him. Nicolas encouraged her instead of calling for help, which caused outrage

One of Hanna’s latest videos showed her on the floor of her bedroom screaming for help.

“I really need support now because I’ve done the right research, performed the right rituals, with a clear heart, mind and body — and I saved our baby,” Hanna said.

‘Can anyone understand? The assimilation theory – you literally just watched a video game,” she said of her various posts.

“My sisters, help me,” Hanna . begged

The video was posted minutes after she opened up about “holding a knife to her throat” as a child.

Hanna’s last video was posted almost 24 hours ago when she claimed someone broke into her house. Fans saw that the police had arrived to check on her.

“This hour of silence is the scariest of this whole journey. I hope she called the police after she posted this,” commented one fan after Hanna’s latest video.

Another added: ‘It’s nine o’clock, I need an update. I’m so worried.’ 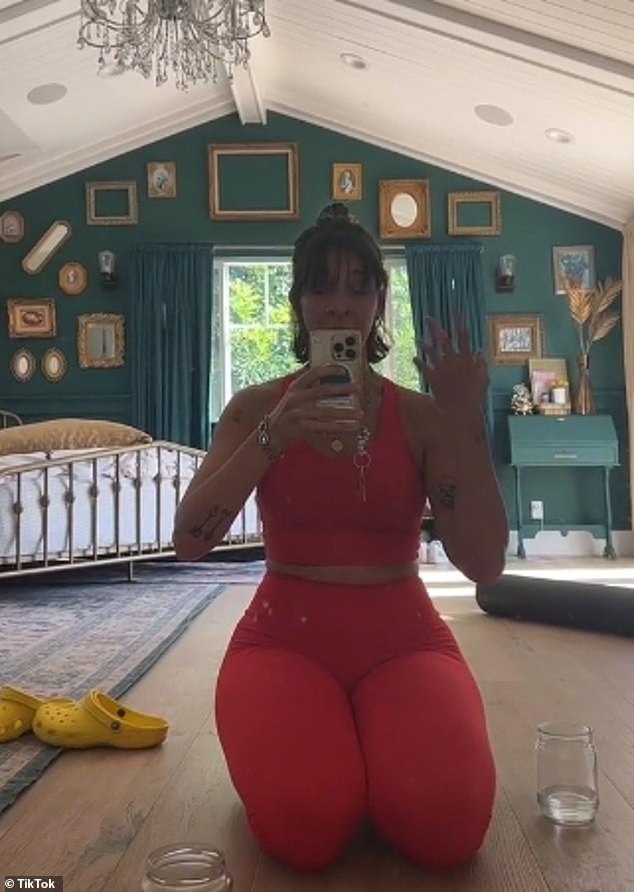 In one video, Hanna slumped to the floor and begged for help before stopping her non-stop posts 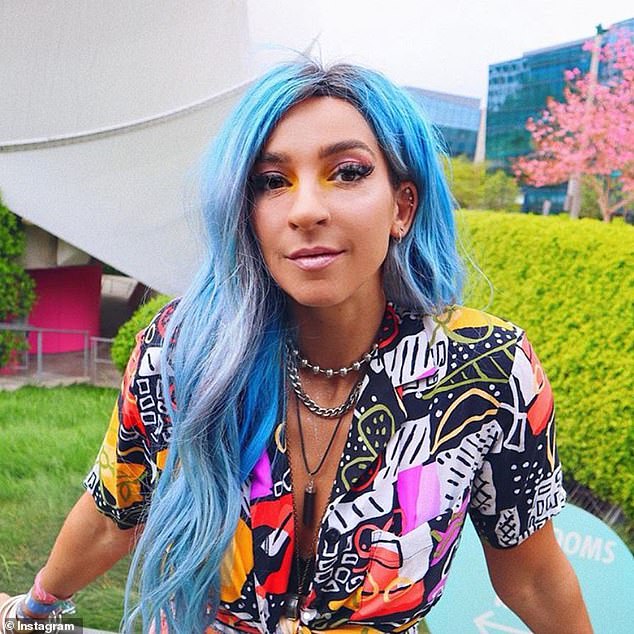 In the series of videos, Hannah talked about the time when she had a “knife to her throat” as a child. It was one of her last videos 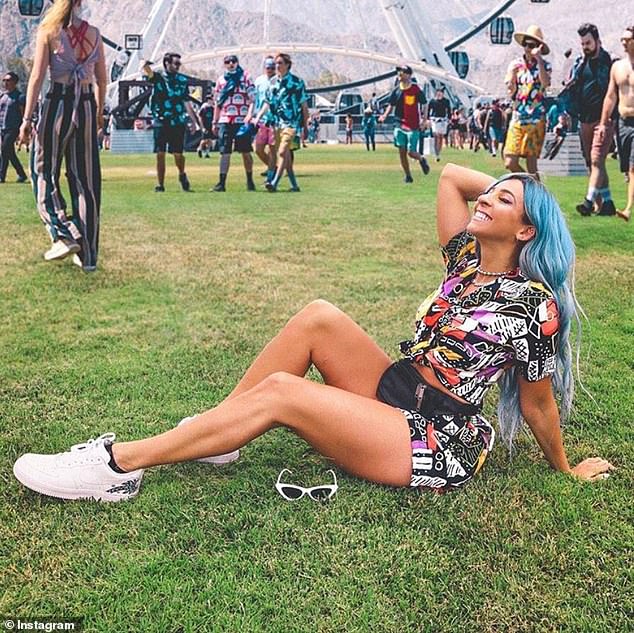 Hanna kept quiet on social media as fans worried about her well-being. Police reportedly showed up at her home, but ruled she was not harming herself

LAPD said they received a flood of calls from multiple people concerned about Hanna’s mental health and well-being. They insisted that the police do a health check, according to TMZ.

The TikTok star opened her door when officers arrived before engaging a psychological assessment team.

Hanna reportedly went untreated after it was believed she posed no threat to herself.

The video stopped when the police arrived at her door. Hanna has remained silent ever since. 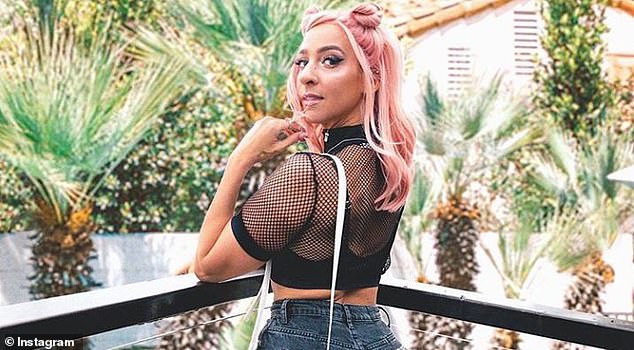 Fans worry about Hanna as she remains silent. Some have traveled with Hanna since they became famous in 2013

Hanna started her career in 2013 and quickly became one of the most popular influencers on social media. Her journey started on Vine – the now-cancelled app – which eventually led her to YouTube.

Not only is she known for her mental health and religion videos, she is also a singer and occasionally shares her performances online. Some of her hits include her 2017 song ‘Out Loud’.

Before becoming an internet sensation, she joined the University of Pittsburgh and graduated with a degree in psychology.

Reply to this storyRemarkWashington commanders that Brian Robinson Jr....

Prince Harry told his wife Meghan Markle that he...

The judge presiding over the Georgia Grand Jury inquiry...

Reply to this storyRemarkWashington commanders that Brian Robinson Jr....

Prince Harry told his wife Meghan Markle that he...